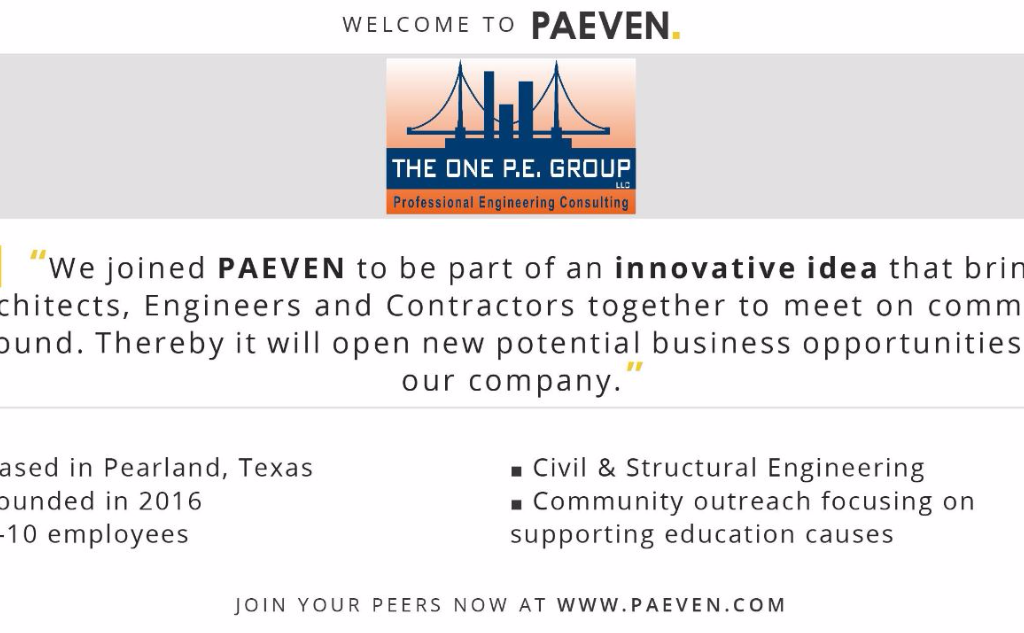 The One P.E. Group has joined PAEVEN.com as one of the founding member. PAEVEN an online RFP/RFQ Platform for Architects and Engineers. 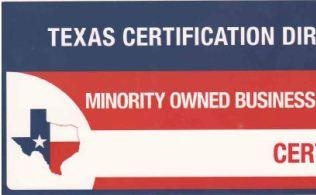 The One P.E. Group LLC is now certified as minority owned business entity (MBE) by the Texas Certification Directory.

The One P.E. Group is now screened and approved business entity by the Home Advisor.

Please check out our capability and services that we deliver to our customers.

Bahrain Unveils New Airport Terminal (Fri, 26 Feb 2021)
Bahrain's new airport terminal. (Image courtesy of Bahrain Economic Development Board.) The Kingdom of Bahrain has opened a significantly expanded, state-of-the-art new airport terminal that is four times the size of the previous facility—and aims to become a major travel hub in the Gulf region. The cost: $1.1 billion dollars. The terminal can now handle 14 million passengers a year (the previous facility saw 9.5 million in 2019). And while it’s much bigger than before, it prom...
>> Read more

Autodesk Acquisition of Innovyze a $1 Billion Bet on Wet Infrastructure (Wed, 24 Feb 2021)
Innovyze, once known as MWH Soft, is a leading supplier of software for design and simulation of wet infrastructure projects, like sewer systems. (Picture courtesy of Innovyze) Autodesk has announced that it will be acquiring Innovyze, a water-systems software company, for $1 billion, all of it in cash. It will be the largest acquisition ever in Autodesk’s history, topping the $875 million spent on PlanGrid. It is a big bet but Autodesk can cover it. The company had $1.5 billion...
>> Read more

Corps Report Sets Stage for $1.4B Wetlands Restoration Project (Fri, 05 Mar 2021)
Benefits are worth the risk, according to state officials and experts, on the proposed $1.4 billion project to rebuild Louisiana’s coastal wetlands.
>> Read more

Elon Musk tweets plans to create Texas city named 'Starbase' (Thu, 4 Mar 2021 13:52:00 UT)
If anyone has the ability to surprise the world with his ambitious projects, it is Elon Musk . The billionaire announced that he is building a new city in Texas to be called Starbase , around the rocket launch site of his company SpaceX . Used to causing a stir by typing just a few words, Musk posted on Twitter that he is "creating the city of Starbase , Texas ." Later, he alluded to his project to colonize the red planet, hinting that Starbase would be just the beginning to go further. “From there to Mars. And hence the Stars ” , detailed the CEO of Tesla . From thence to Mars, And hence the Stars. - Elon Musk (@elonmusk) March 2, 2021 The tycoon, who is currently the second richest person in the world , said that his city will occupy an area "much larger" than Boca Chica , a place that houses a launch site for SpaceX and where the company is building its Starship rocket. Elon Musk shared some characteristics that his new city would have, such as that it will be friendly to dogs. He also hinted that it would be directed by "the Doge" , which can be interpreted in two ways. . ..
>> Read more